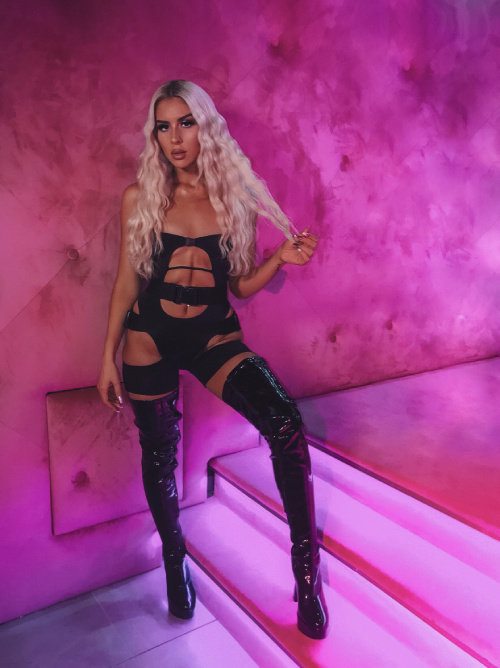 Born March 12th, 1998, AMARNI age 21 is a Rapper/Singer/Dancer from Sydney, Australia. Long respected as a hip-hop dancer, AMARNI’s story is one of opportunity and hard-work. While only a teenager, the Sydney local’s potential was spotted by Blackstreet front-man Chauncey Black while she toured as a dancer alongside him. After an offer to mentor her, AMARNI quickly made the move to Atlanta working closely alongside legendary songwriter / producer Teddy Riley – a decision that would kick-start her music career and showcase her vocal skills to the world. Now at 21, her star is rising rapidly.

A debut single with Atlantic Records signee Kap G raised eyebrows and was soon followed by her industry arrival; Pretty Little Thing. The bold, infectious club anthem has racked up hundreds of thousands online streams and seen AMARNI elevated to major show stages; supporting G.O.O.D Music rapper Tyga at his official Rolling Loud Sydney afterparty as well as opening up for Cash Money Records R&B sensation Jacquees. Following a successful performance at The Jacquees Show AMARNI has announced she will be Touring and performing at the Drip World Tour along with international artists The Migos, Lil Baby, French Montana, Akon, Lil Skies, Lil Xan, Rich The Kid and Comethazine. AMARNI has just released her latest single Bout it, hitting 200 thousand streams with in a few days of release. With recognition and airplay coming fast from commercial radio in Australia, it’s safe to say AMARNI has the world in her hands!